The pavement pushed back against my frantic feet, sending shockwaves through my aching shins and caring little that I was late, lost and panicked.

I raced along the downtown sidewalk, frantically scanning for signs of my destination as I bumped into pedestrians and tripped over curbs.

A police officer standing on a corner eyed me with suspicion as I huffed toward him.

“Excuse me,” I asked, gulping for breath. “Do you know where the Target Center Arena is?”

I was about to discover an incredible secret, one that would launch my career and prove to be a catalyst for every ounce of success I’ve ever achieved.

At that moment, however, I simply felt like a fool.

Urban Cowboy that I was, I couldn’t find the Target Center, an enormous sports arena located in the heart of downtown Minneapolis, Minnesota.

The police officer pointed me in the right direction, and I raced several more blocks to the stadium, where the NBA’s Minnesota Timberwolves were holding a special sportswriting clinic for aspiring high school journalists.

Late, sweaty and out of breath, I attended the clinic, which culminated with a special writing contest put on by the MInnesota High School Newspaper Association.

After touring the arena and locker rooms, meeting with local sportswriters and learning about how they covered the team and the challenges and rewards of the job, we were all asked to write a story about the event and what we learned.

It was a big deal: The winning writer would have his or her work featured as the cover story on an issue of Timberwolves Tonight Magazine, along with getting free tickets to a few games and other honors.

After the event ended, I found a payphone (remember, it was 1992) and called my father at home.

“Uh, dad, I can’t remember where I parked the car downtown,” I told him. “Can you pick me up outside Target Center?”

He did, and we spent the next hour or so driving in and out of parking ramps around downtown Minneapolis, looking for the car I’d parked in a panic before tearing through the city streets looking for the Target Center.

The next day, I sat down to write my story.

Here’s how I started it:

As an aspiring journalist, I have often heard that the life of a beat writer can be a tough one.

My suspicions were not confirmed, however, until the day of the Minnesota Timberwolves sportswriting clinic. That day, I found myself lost in downtown Minneapolis, unable to find the enormous Target Center.

I knew then that my life as a prospective sportswriter was not starting out too well. Luckily, I found a police officer, and after I told him my plight, he somewhat amusedly pointed me in the right direction.

After about eight blocks at top speed, I panted into the Target Center, just in time to begin the clinic. Just as abruptly as my unscheduled tour of Minneapolis ended, my other tour began.

This was to be a journey into the life of sportswriters, and how they went about covering an NBA team.

I went on in the article to describe what I learned at the clinic, and then finished my story with this:

Most days for a sportswriter are pretty similar, and one of the most important parts of covering a team is establishing and maintaining an open relationship between the two sides.

But in my opinion, the most important thing sportswriters need to know when covering an NBA team is this: They need to be able to find the arena on their own, instead of following their father’s directions.

A few weeks later, I got a phone call from the Timberwolves.

My father forgot all about my parking woes (and cheap shots about his skill in providing driving directions) and proudly took me to the first of several games we got free tickets to.

As we walked into the Target Center, my father spotted a vendor hawking copies of that evening’s Timberwolves Tonight Magazine.

I still have the issue.

My story was on the cover, and my dad broke into a huge smile.

“Hey buddy, wanna buy your kid a program?” the vendor asked my dad as we approached.

“Indeed I do!” my dad told the vendor. “In fact, my son wrote the article that’s featured on the cover!”

The vendor looked over at me.

He turned back to my dad.

As we sat in our seats that night and watched the game, I realized that content was the reason I was sitting inside an NBA arena for free.

Content was the reason my dad was telling everyone who had a game program, “Hey! My son wrote the article you’re reading!”

Content was why I was the envy of all my high school buddies.

Even more important (and even as a 16 year old) I knew the reason I won was because of how I’d put my personality into my content.

In later years, I’d come up with a term to capture what I’d discovered: Infotainment.

People want information, yes, but they also want to be entertained while consuming that information.

That evening in 1992, I understood clearly that creating unique and original content which entertained, inspired and educated others was something that would open doors for me.

Today, more than 25 years later, I sit atop a career built on content – from writing 8 books to thousands of newspaper and magazine stories to hundreds of press releases, blogs, talk radio segments, podcasts, videos and webinars.

And what was true in 1992 is even more true today: You must earn the time, attention and interest of others you want to engage with and/or sell your products and services to.

And the way you earn that time, interest and attention is through the unique, valuable and entertaining content you create and share.

This is what content marketing is all about and why it matters so much.

In today’s marketplace, content has become the currency you use to “buy” the time, attention and interest of the audiences you want to sell your products and services to.

Gone are the days of just asking someone for time on the phone or in person to consider what you can offer.

Instead, you must “purchase” a prospect’s time and attention first through the content you create.

Best of all, once you’ve proven and demonstrated your authority and expertise through your content (a blog post, a book, a podcast, a video, etc.) people are eager to talk to you and do business with you. 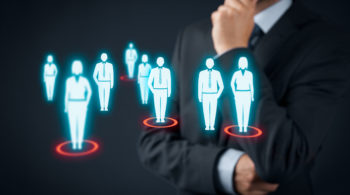